If you’ve been an active social media user in the recent years, probably you have seen the transition from desktop platforms to mobile-only platforms. In the past, you used to access facebook.com from your browser, just like any other website. You would do it a couple of times a day, and you would engage with family and friends by commenting and liking their posts.

10 Years ago we used to access Internet, read blogs and comment in forums from browsers. There was even a huge battle between Internet Explorer, Mozilla Firefox and Google Chrome. Which one would be the one dominating the Internet for years to come? But a couple of years earlier, Apple and Google released the iPhone and the Android OS, forcing Internet users, years later, to access their favorite websites from their mobile phones.

Since then, platforms like Instagram, Snapchat and WhatsApp emerged. Facebook transitioned from desktop to mobile, by having separate iOS, Android and mobile versions, and this was followed by other tech companies that had to adapt their products in order to keep growing their user base. You would check twitter.com and youtube.com from desktop when you used them for the first time and years later you installed their mobile apps to keep using them when you were away from your desktop.

I created my Facebook account in 2007; I would start blogging in 2008 and I wrote my first tweet back in 2009. For that reason, I’ve been up to 10 years seeing how users interacted with social media content. Back then, there was no ads (except in Google Search results with Google Adwords).

For ages, everything we saw in social media was not promoted content. Even when Facebook released Facebook Ads in 2007, it took a couple of years for marketers and brands to understand how they could target their audience and how to deliver branded content. Social Media Managers and Community Managers had to find out how to set up their first Facebook Pages, Twitter accounts and YouTube channels, among others. The first step was to create a brand persona and start reaching their audience by creating content.

The next level: from free to promoted

Back then, Social Media was all about organic content. Brands never imagined paying Facebook to deliver their content. If you had a Facebook Page, you did not even had to pay for your posts to be seen. If your Facebook Page had tons of users following it, it would be easy to reach at least 50% of the users following the page, and you would also reach their family and friends. You would compete with other pages and users, but most of the times your message would be delivered. What happened after that was more and more people creating Facebook user accounts and more brands willing to have a presence in the Facebook News Feed. Even people with no businesses at all would create community pages to show their support to something: Fans of Lionel Messi not official Facebook Page.

With all these Facebook Pages and users generating content and uploading photos from mobile devices, now there was more and more content being delivered to the users than ever before. As there was no space in the room for everyone, Facebook had to start organizing information according to the interests and preferences of each user and at the same time killing the reach of tons of individual pieces of content posted everyday by pages.

Now that you understand what happened in recent years, you may now understand why your Facebook Page is not reaching your fans. You are competing with other Facebook Pages, some of them even paying Facebook in order to deliver their content to more people. While  you are not paying, you are also competing with people sharing valuable content. And as you may know, Facebook has started to prioritize our relationships with family and friends, rather than media and public figures.

Unfortunately, for businesses and brands that didn’t use to promote their content, they will have to start doing it at some moment if they want to stay relevant for Facebook and Instagram, where is most of their potential customer base. Actually, there are almost 2 billion monthly active users in Facebook, 400 million daily active users at Instagram and more than 5 million advertisers. What are you gonna do when you competitors start reaching their customers in Facebook by using advertising while you still wait for them by only posting content in your page?

As I’ve mentioned before in a previous post, you must be very clear on what is your goal as a business, and then choosing to work the right objective for your Facebook and Instagram Ad campaigns. Why would you waste your time and money by boosting posts if you are a mobile app for Android and iOS seeking for people to install your app?

Think that there are 3 stages before a user becomes a consumer of your product:

Based on this, Facebook allows us to put users in each of every stage and to move them from brand recognition to purchasing the product at some moment. The key question here is how much this will cost and how much people will I have to reach, before generating a conversion.

In the image below, we can see we can see we can target users in order 1. to generate awareness, 2. for them to acquire the product and 3. to retarget them. For each, we are intending to create some kind of relationship between our brand and the users. Whether  you are willing to boost your posts, to get video views or to generate app installs, you must take into account that any action the user takes (or not) will be based on the time that user spends on Facebook. Say that an average user pass 30 minutes per day in Facebook, and in those 30 minutes he or she scrolls down enough times in the News Feed to see one ad per minute, having seen 30 ads by the end of the day for this example.

What this means is that this user generated 30 impressions from 30 different advertisers. All these advertisers paid per each individual impression and all of them participated in an auction with hundreds and probably thousands of advertisers to reach this specific user. When an advertiser gets 1.000 impressions regardless of the action user takes, Facebook estimates how much the advertiser paid to generate this amount of impressions. The name for this is Cost Per Mille or CPM. In other words, you will be able to know how much are you paying every time your ad is shown

What it will change is based on the objective that the advertiser chose (see the image above). With each objective, Facebook knows that certain users engage more with posts by commenting, liking or sharing (Page Post Engagement). Other users probably won’t even react when seeing content or ads, but probably they watch videos until the end, even if they are one minute or more longer (video views). Other users love apps for their Android and iOS and will install whatever Facebook News Feed recommends to them (app install). The important thing we should always remember is is to be very aware of the action we want users to take after seeing our ad. In the end of the day, Facebook will not only generate an impression, but will try to find the user that better feeds with the objective we chose for our campaign.

During the last 10 years, Facebook and other social media platforms shifted from Desktop to Mobile. This happened, on the one hand, because Apple and Google released the iPhone and Android OS, respectively. On the other hand, App Developers, seeking to grow their user base, created mobile versions of the services we used to access from the browsers. Among these developers we can mention Facebook, Twitter and Instagram.

While this was happening, users started spending more and more time in their mobile devices, and it became easier to upload content. With more businesses and users creating accounts and content, it became extremely difficult to show all content to all users. And when this was happening, advertisers had already started paying to reach their costumers. So how do you compete with user generated content by free? Not only by generating high quality content, but also by paying to reach more users and generate more impressions on our ads. Currently there are up to 2 billion users at Facebook, and probably we will be able to find  users that take an specific action such like generate awareness within our brand, consider our brand before purchasing our product or simply purchasing our product directly from our website. What we can’t forget is what are we exactly looking for with these users. 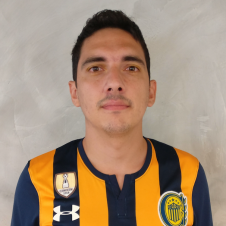